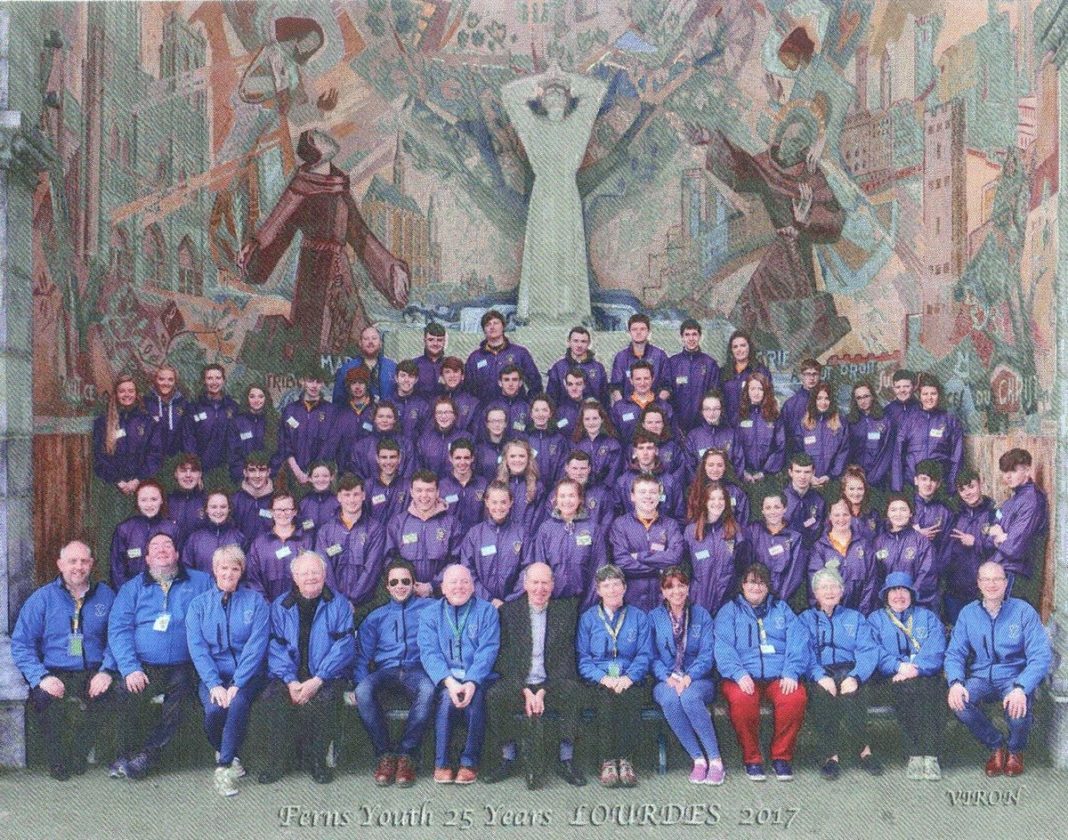 Ferns Diocesan Pilgrimage to Lourdes, May 2017

For the past 25 years students from the second level schools in the Diocese of Ferns have been travelling with the Annual Diocesan Pilgrimage to Lourdes to help with the invalids and the elderly.

Every September in F.C.J. Secondary School, Bunclody, Co. Wexford, 5th Years participate in a sponsored walk to Mount Leinster and back (14 miles!) to raise money to pay for four students to take part in the pilgrimage.    The names of all those who have done the fund-raising are put in a hat and four names are drawn out.    This year the students picked out were:    Orlaith Breen, Bunclody, Alexandra Kennedy-Ryan, Kildavin, Niamh Kinsella, Bunclody & Sam Meany, Kilbride.   Seamus Doyle, Ballindaggin, travelled with his family, but also helped with the sick pilgrims.

The following is an edited version of Alexandra Kennedy-Ryan’s account of the 2017 Pilgrimage.

We attended two preparatory meetings in April and early May, where the Pilgrimage Youth Leader, Fr. Aodhán Marken, gave us general instructions and advice and told us that we would be staying in the Astoria Hotel, and at the second meeting gave us our tickets, etc. and t-shirts and jackets – in the Wexford colours!   Afterwards, we attended Mass celebrated by Bishop Denis Brennan in the Cathedral in Enniscorthy, for all those going on the pilgrimage including the helpers.

We had a very early start on the morning of our journey to Lourdes.  I had to get on a bus in Ferns at 3.10 am. as check-in at Dublin Airport was at 5 o’clock.   We landed at Tarbes-Lourdes-Pyrénées Airport around 10 am. (French time) and got to our hotel in good time for lunch.   In the afternoon all the helpers were given a tour of the Grotto, the hospital and various other locations of the pilgrimage area.   We were told about the history of Lourdes and the various jobs we might have to do.   That evening, after dinner, we went to the opening Mass for the helpers – called the Mass of Rendezvous – concelebrated by Bishop Brennan and all the priests who had travelled from the Ferns Diocese.

We brought the invalids to various Masses, to Confession, to the Grotto, to the Anointing of the Sick, on the processions, around the Stations of the Cross, and any other places they wished to go themselves when there was nothing specific on.   Some of the helpers picked specific invalids and helped them all the time.   I was happy to take any invalid assigned to me.

The helpers had some time of their own and we had great fun.   I shared a room with Orlaith and Niamh and, with Orlaith at her funniest, we laughed ourselves to sleep every night.   One of the nights we had a little feast of pancakes and another night all the helpers had a great sing-song.   On two of the evenings there were big processions – on the Friday there was a huge torchlight procession and on the Saturday the Blessed Sacrament Procession.   The final Mass and Closing Ceremony were held on the Sunday afternoon.

We got very little sleep on the Sunday night as we had to be up by 3 am. for our flight back home.    I eventually got off the bus in Ferns at 2 pm. wrecked but very happy about taking part as a helper in the pilgrimage.   The things that I remember best are the Youth Mass, the processions and the different army groups who were also there on pilgrimage.   I also found it easier to think and pray there than as part of normal school and home life.   The best way that I could say what I thought of the whole experience is that I would like to go back to Lourdes as a helper again. 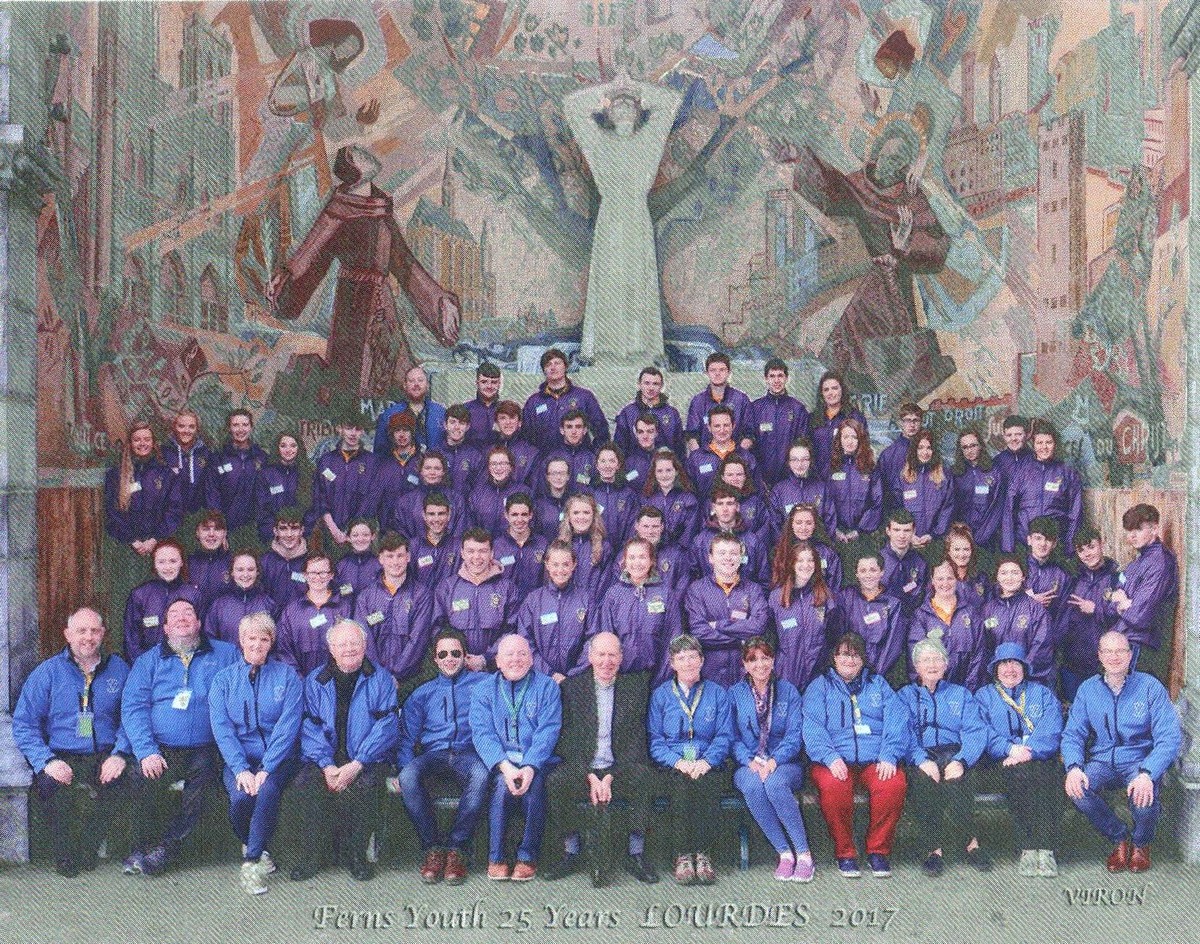 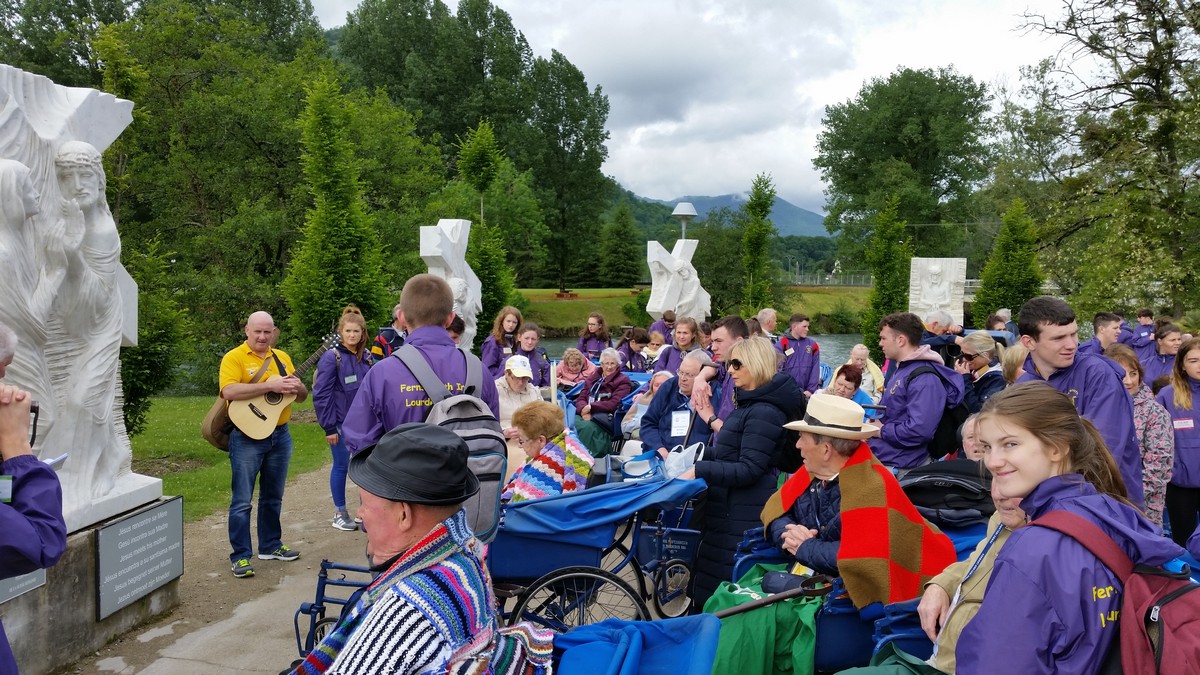 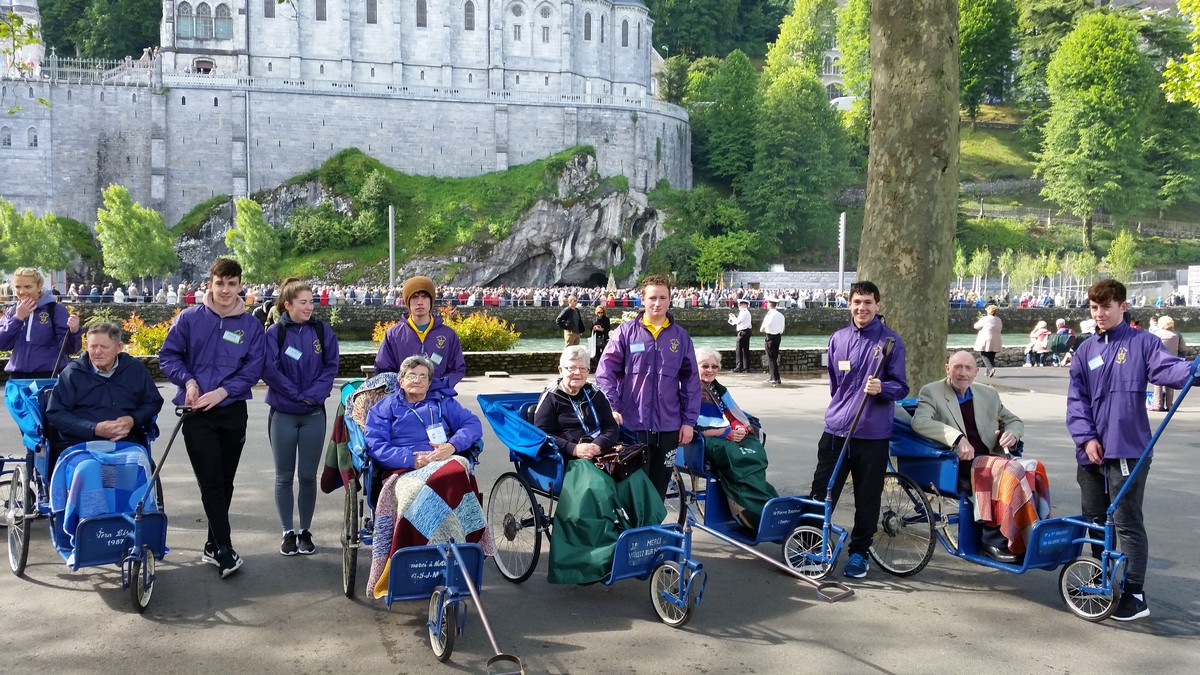 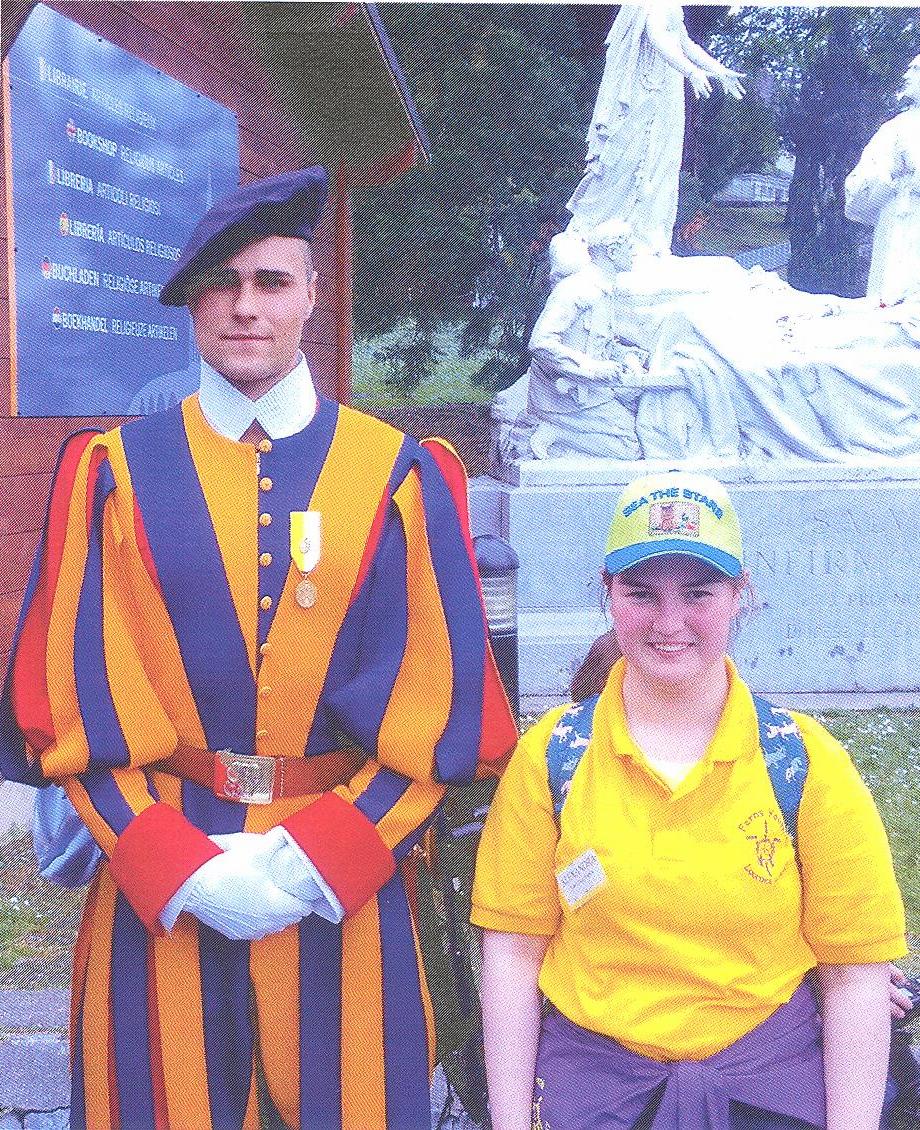