It was a once in a lifetime experience to travel to World Youth Day in Krakow, Poland as part of the Patrician Secondary School, Newbridge parish and the Kildare & Leighlin Diocese. After months of preparation and scaling the heights of Croagh Patrick for fundraising, we were ready to go to World Youth Day. It was a wonderful experience to see all the young people of the world coming together as a collective group. I am a Pope John Paul II Award (Papal Cross) student and I was looking forward to seeing the Pope John Paul II Centre.

I feel that my faith has strengthened from this experience and we were present with Pope Francis at a number of occasions throughout World Youth Day Week. It was a pilgrimage so we had to sleep in a school on mats and we had lots of walking to do as the week progressed. We got to know everyone in our Diocesan group of Kildare and Leighlin very well.

When I saw Pope Francis, I had this strong feeling of hope, a feeling of serenity came over me. The crowd of people praying together, the emotion of the people and the diversity of countries that surrounded me. I felt that I was at home, a member of a global family coming together to celebrate our faith journey and to praise God. The theme of World Youth Day was “Blessed are the merciful” which was associated with the image of the Divine Mercy. Ms Molloy brought us to the Convent of Sister Faustina, where the image of the Divine Mercy is kept. There were crowds of people at the convent as Sister Faustina  was the Patron Saint of World Youth Day, it was very special and an honour to see where she lived and her tomb. We then went to the Pope John Paul II Centre which was factory where John Paul worked during World War II. The factory is now the JPII Centre. There was a first class  relic of Pope John Paul II which was set inside the altar. The cassock which he wore on the day of the assassination attempt in 1981 is also kept in the church. There were thousands of people in the area as Pope John Paul II is so heroic to my generation and a beacon of inspiration to the young people of the world. We carry on his legacy as we proceeded on our pilgrimage and our faith journey.

We went to a church in Krakow where Pope John Paul II was a curate as a young priest, there was a beautiful painting of him close to the altar and underneath was a first class relic which we were lucky to have been blessed with and had time to pray at.

On the eve of World Youth Day after a long hike to the site where we were going to stay. We adapted to our surroundings and laid out our camping gear. The Pope arrived and we had a candle lit ceremony which was followed by prayers into the late night. I stayed awake all that night and absorbed all the prayer that was going on from the different nationalities which brought joy to me. To be in the presence of the Pope was heart-warming and something I will never forget. The message given was to go forth and spread the love of Jesus to those around us, to give our gifts of knowledge to those who need our assistance. Overall, World Youth Day was an eventful experience which I was glad to share with my Patrician Secondary School, my parish and my Diocese. Friendships and faith were formed through our mutual love of Jesus and memories that will last a lifetime and forever stay in my heart.

We decided to travel to World Youth Day in Krakow as part of the Patrician Secondary School (Newbridge Parish). We are currently completing the Pope John Paul II Award (Papal Cross). We had fundraising activities and preparation days to complete before we left on our pilgrimage. We were excited about the idea of going abroad with my Diocese (Kildare and Leighlin) and meeting other young people. Our Bishop Denis Nulty travelled with us along with our parish priest and our Pope John Paul II Leader/Teacher Ms Molloy.

At the World Youth Day events, we were overwhelmed with the amount of people who were gathered in one area through the one faith. It was awe inspiring to see such a profession of faith and to see the flags from all over the world (and trying to figure out which flag represents which country) The theme of World Youth Day was “blessed are the merciful”. There is a lot of hardship that comes with pilgrimage i.e. lots of walking and we slept on mats in a school. World Youth day is not just one day, it is a week of activities.

One day in Blonia Park as we waited for the mass to start, Pope Francis arrived in his popemobile and he passed right by where our group were located. It was incredible to see Pope Francis in person, to see a man who is so influential and the leader of the Catholic Church. The crowd went wild and rejoiced at the sight of the Pope. When he started to speak, people wholeheartedly listened to every word using radio devices to translate the words spoken.

The eve of World Youth Day, we had a long long walk to the Campus Misericordiae (Field of Mercy) where we would be camping out for the all night vigil. I was given the job of carrying the Irish flag so the rest of the group could see us in the crowd. That was a proud moment for me as I looked around to all the other groups that had gathered from around the world. The estimated figure was over two million people in attendance. To think that we were amongst that amount of people praying with Pope Francis was surreal. The sense of togetherness was so strong, we then awaited for Pope Francis the next morning. The message of Pope Francis was that we are unique, that we should go out and spread the word of the gospel to others in our own deeds. To give of our talents to others and to be caring to others around us. I will take this message and strive to implement it in my everyday life within our school community. It was an amazing experience and I would recommend it to people who like walking! But on a more serious note, it has enhanced my spiritual development and I have made lots of friends whilst it has allowed me to understand my faith in a new light. 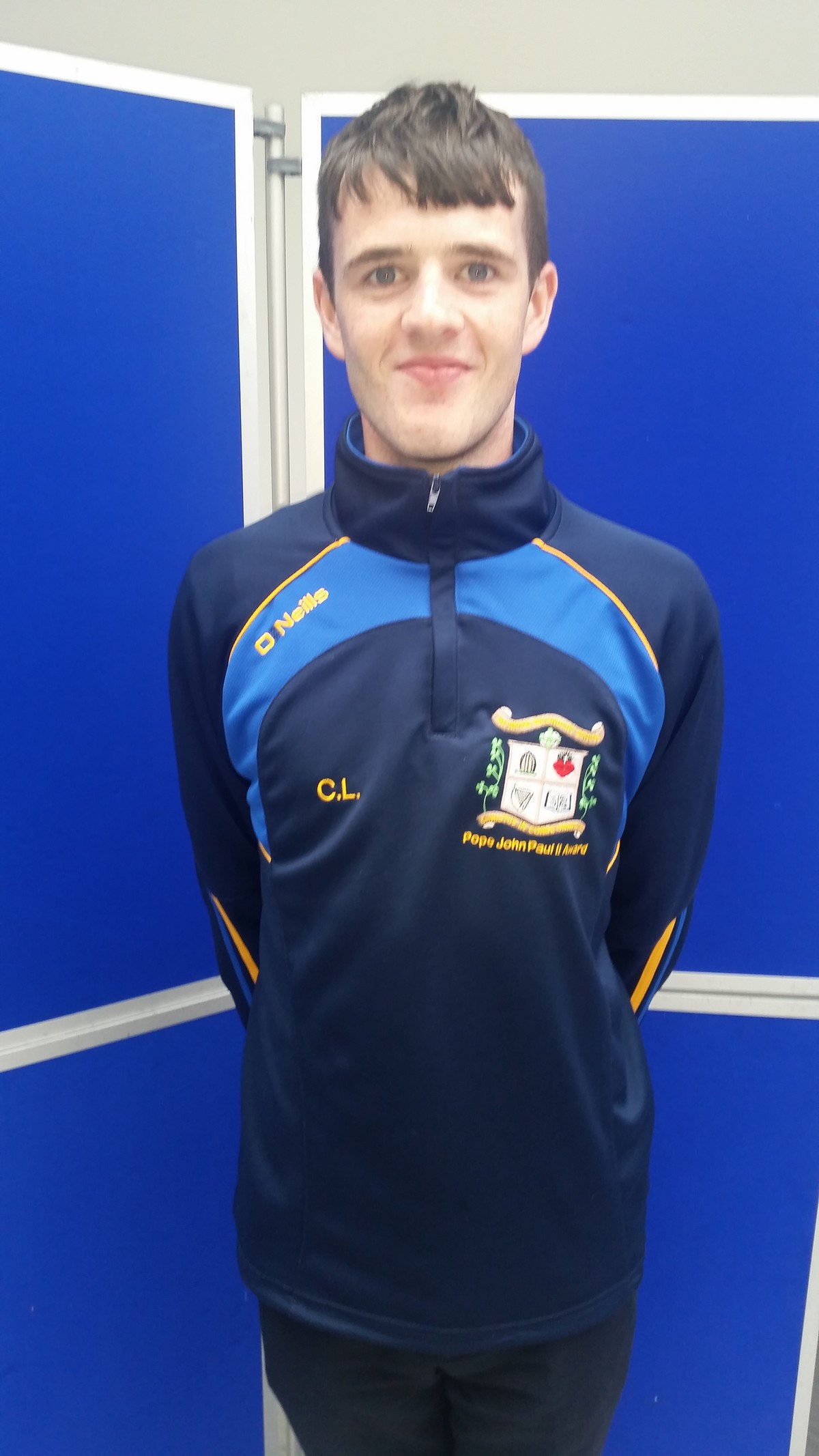 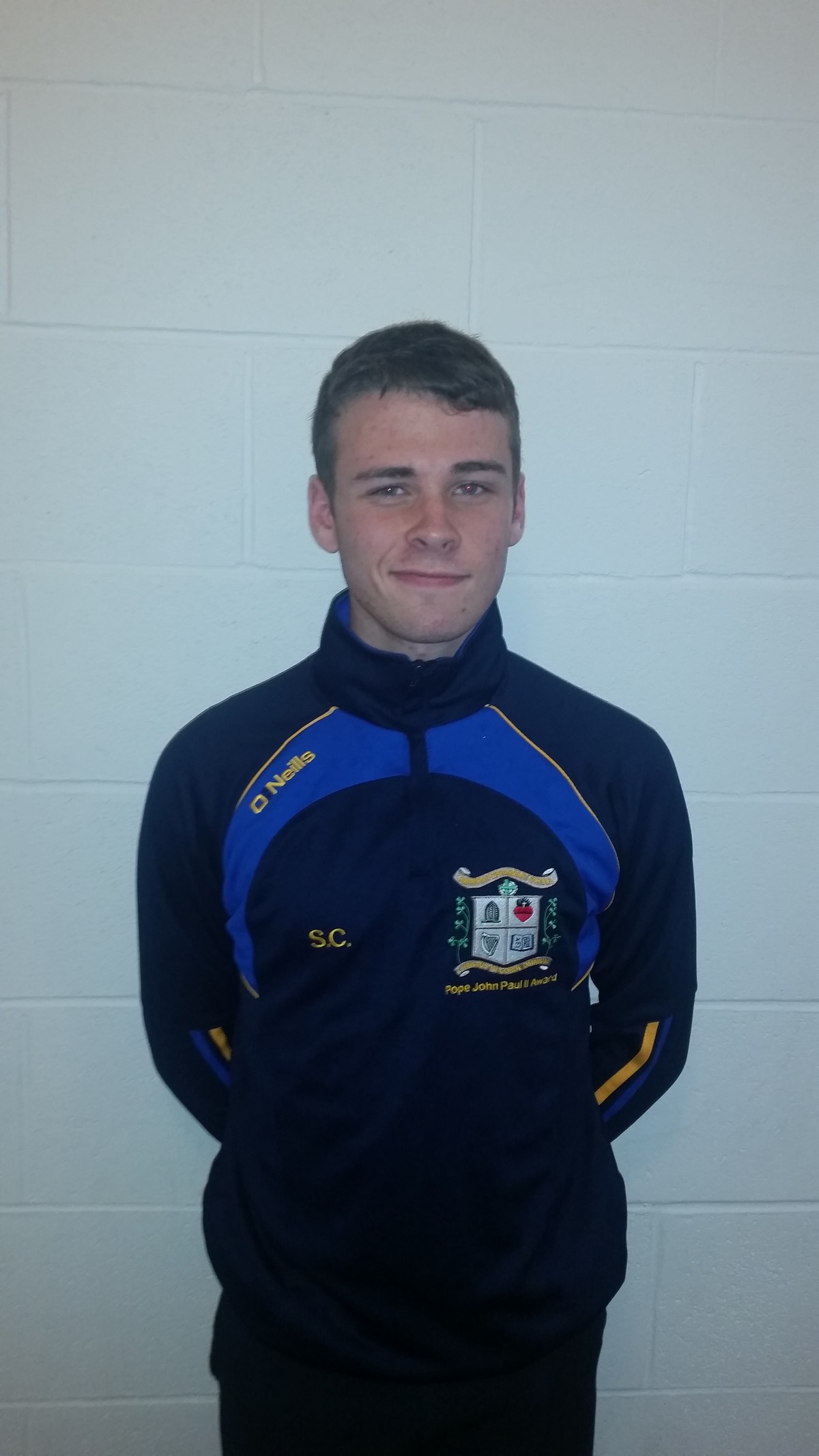 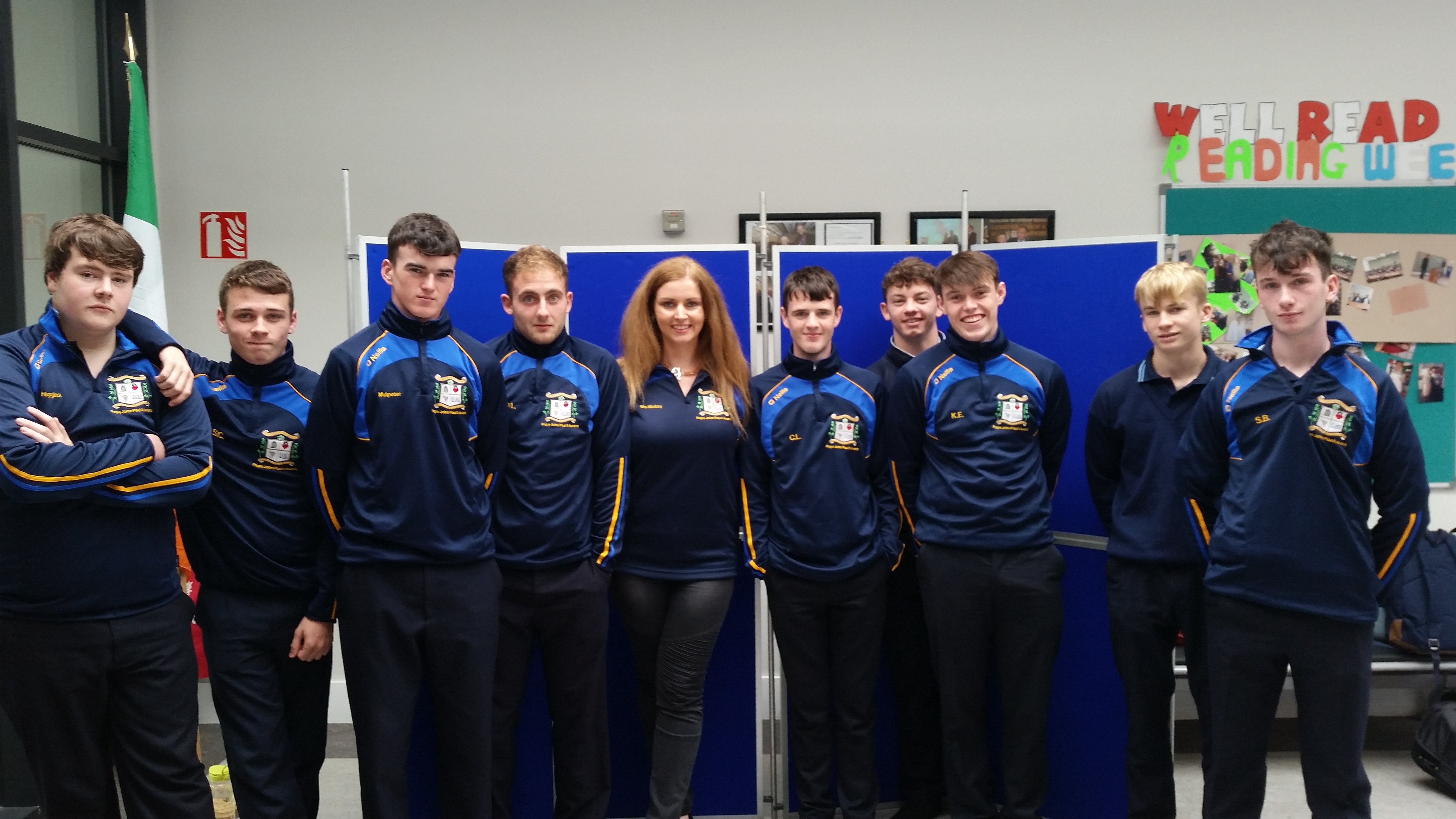 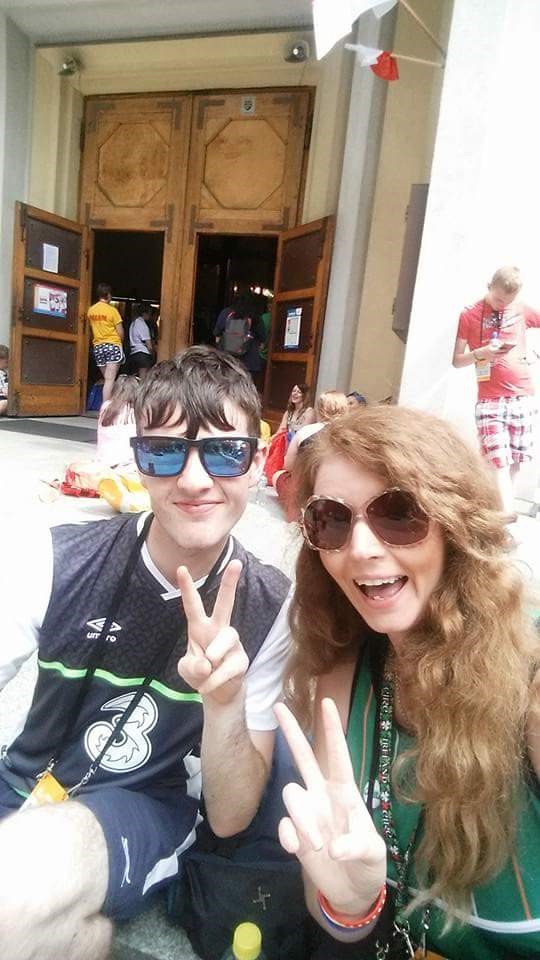 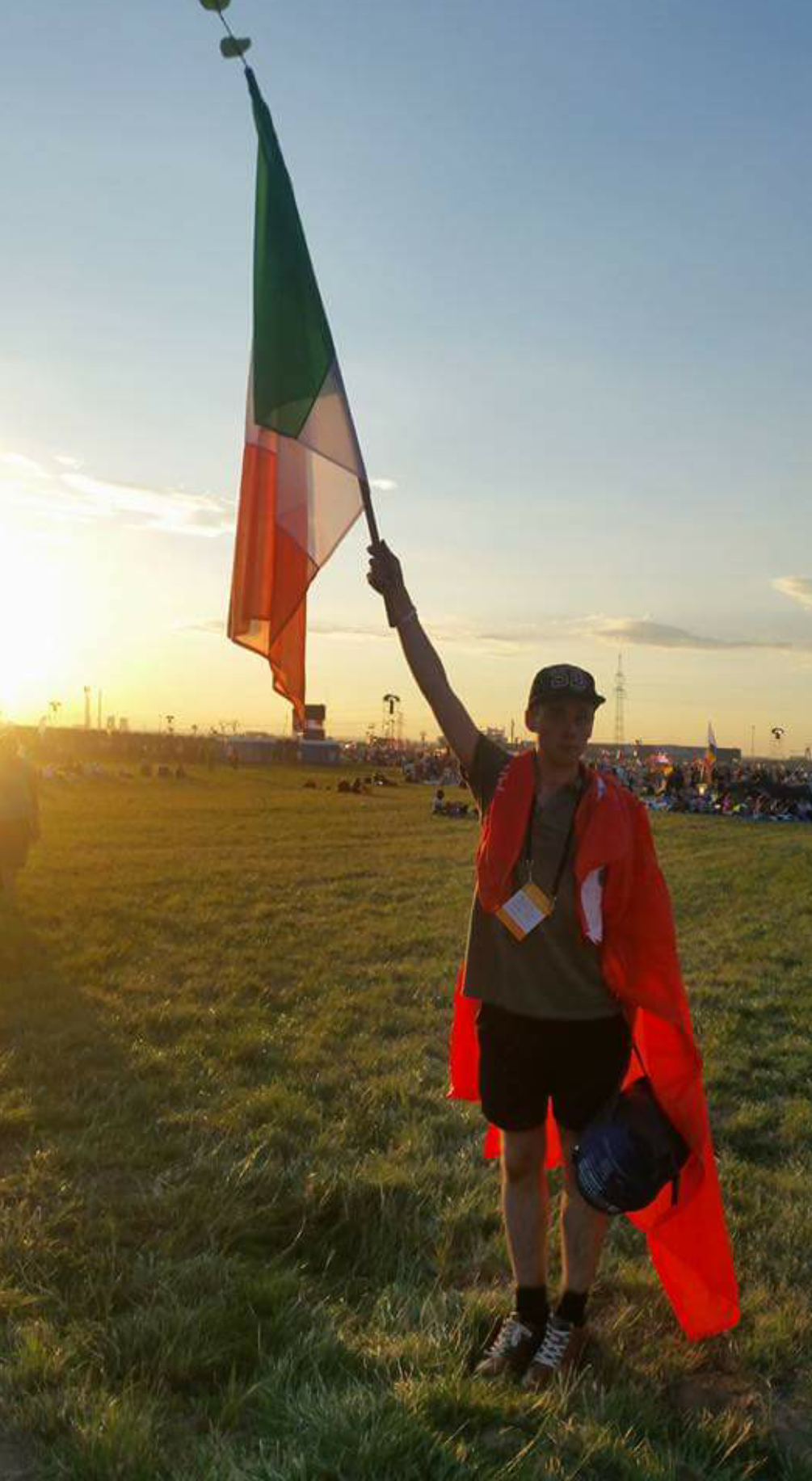 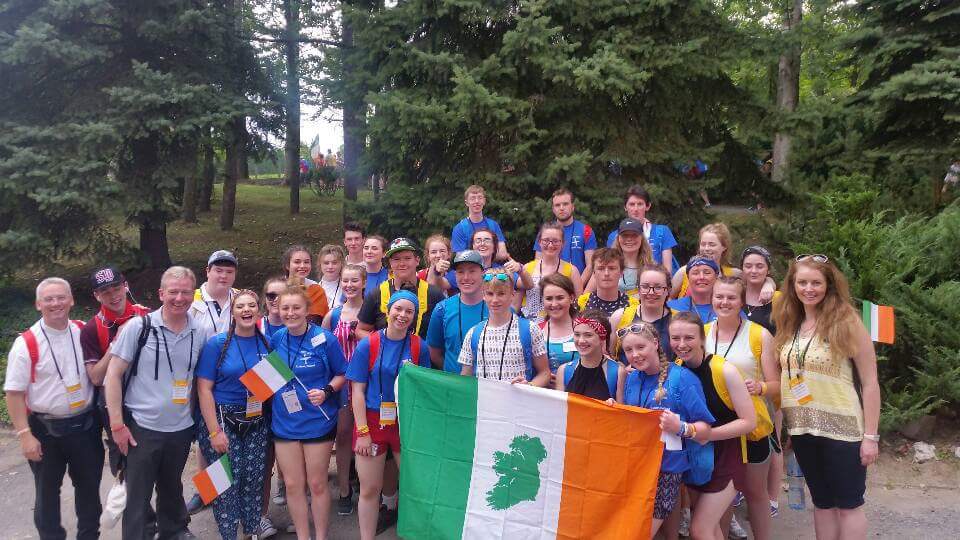