Home Who We Are Trust Office began her career as a teacher of Religion and Gaeilge in Coláiste Bríde, Clondalkin, having graduated with a Baccalaureate in Theology and Arts from Pontifical University, Maynooth.

She subsequently became TY and Programme Coordinator, before becoming Principal of Coláiste Bríde in 2003.

As Principal of Coláiste Bríde, she completed a new school building project, led her school community through two WSE-MLLs (2010 and 2019) – both to a highly effective standard and the development of systems and structures to support the development of a senior leadership team.

Her further studies are in areas of education management and leadership, school development planning, work and organizational behavior and most recently high performance leadership.   Her personal motto is Ancora Imparo …. I am still learning (Michelangelo)

Marie-Thérèse is passionate about leadership development and has worked as an Associate with PDST Leadership, JCT Leadership and Centre for School Leadership.   In addition to being a CSL Mentor.  In recent years she became a tutor on the University of Limerick, PDSL course for primary and post-primary aspiring leaders and has worked with CEIST on their middle leadership programme.

Through building a culture of collaboration, curriculum innovation and leading change Marie-Thérèse has brought many new opportunities and forged networks for Coláiste Bríde in her role as school leader.

Marie-Thérèse has been invited to present at national and international conferences in areas such as ICT, Wellbeing in the Workplace, teaching and learning and ethos development.   In March 2021, she was appointed by Archbishop Dermot Farrell, to the Building Hope Task Force of the Dublin Diocese. Marie-Thérèse Kilmartin can be contacted: [email protected]

Thérèse Davey
is the Administrative Officer with the title Executive Secretary. Most recently Thérèse has been working in DIT’s Directorate of Research an Enterprise. She has previously worked in Hotel Management and Training and Development. Thérèse can be contacted on 01 5380104 or e-mail: [email protected] .

School Governance and Leadership Development Officer
Tony Lee has joined the Le Chéile team as School Governance and Leadership Development Officer. Tony has been principal of St. Aloysius College, Carrigtwohill for fourteen years. Previously he was Principal in Scoil Mhuire, Kanturk and Deputy Principal in Nagle Community College, Mahon, Cork. Tony started his career as a teacher of Physics, Science and Maths in Mannix College, Charleville before moving to Nagle Community College in 1984, firstly as a teacher and then being promoted to Deputy Principal there in 1999. Tony has been a Council member of AMCSS/JMB from 2009 to 2012 and then served as Vice President from 2012 to 2015. He led the work on developing the new proposed middle management structures, which were agreed in principle by the management bodies of the ETBI and Community and Comprehensive Schools sectors as well as the JMB. Tony can be contacted: [email protected] – 086 3809964. 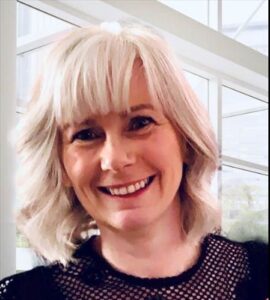 Dr Áine Moran
began her teaching career in St. Louis Community School, Kiltimagh as a teacher of Business Studies and Maths. In 1996 she moved to Ardscoil Mhuire, Ballinasloe and retrained as a religion teacher in St. Angela’s College, Sligo.  While there she introduced the LCA programme to the school and held the post of responsibility for the student council and public relations in the school.

In 2007 Áine joined the staff of St. Aidan’s Community School in Brookfield, Tallaght as the school chaplain.  During her time there she attended DCU and achieved a MA in School Chaplaincy and Pastoral Care.  She was granted a full scholarship from the College to pursue her PhD research on the rationale for school chaplaincy in Irish schools.

In 2011, Áine was appointed as the first Deputy Principal of Kildare Town Community School, a new school established as a result of the amalgamation of the three schools in Kildare Town.  Áine left KTCS in 2014 to become the founding principal of Le Chéile Secondary School in Tyrrelstown.  Le Chéile Secondary School has grown from a student population of 86 in 2014 to 750 students in 2019. It is considered the ‘most diverse school in Ireland’ with students from over 70 different countries of origin.  The school is one of only two Apple Distinguished Schools in the country and offers national and international leadership in the embedding of technology into pedagogy.

In 2019, Áine was seconded as an advisor on Leadership with the PDST.  Her main work was developing, preparing and facilitating leadership inservice for newly appointed Principals in Post-Primary schools and the Forbairt programme.

Áine is adjunct lecturer with Hibernia College on the Primary Masters in Education Theology programme.  She also serves as a research supervisor with the College.

Áine completed her undergraduate degree in Commerce at NUI Galway and holds Master’s and PhD degrees from the Education Department at DCU.  She also holds post-graduate diplomas from the University of Limerick, St. Angela’s College, Sligo and NUI Maynooth.  Her research interests including Catholic School Culture, Innovative Learning Environments and Digital Technologies in Schools.  She has presented her research both nationally and internationally, including a term as  visiting fellow at Notre Dame University, Indiana.